These are notes from the Kid You Not Podcast, Episode 8.

This is the only genre(?) in children’s fiction which is defined by what it is not rather than what it is. It’s implied that non-fiction will deliver some kind of fact.

Non-fiction is often considered to be ‘educational’ but includes:

DIFFERENCES BETWEEN NON-FICTION FOR ADULTS AND CHILDREN

There is some wonderful content being produced for children with attractive illustration and design. [Popular adult non-fiction tends to be just words on the inside.] But non-fiction in children’s publishing suffers from a huge stigma. Other than Terry Deary (of Horrible Histories and similar series) authors and illustrators of non-fiction for children are comparatively unknown.

Within the book industry itself non-fiction for children has a marginalised, poor-relation status.

[I would add that non-fiction for children is often a good way into a new topic for adults as well as for younger readers.] 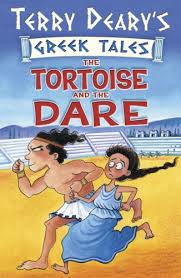 A common accusation leveled at the sort of non-fiction published for children is that the copy fits around glossy pictures, bereft of creative inspiration.

It’s a truism that boys prefer to read non-fiction over fiction. When children start to lose interest in reading it’s because they feel the story isn’t relevant to them. Whereas if reading a biography — even though a biography is still a story — it can feel more relevant for being true, set in the real world. That boys prefer non-fiction is anecdotally accurate even if it’s a bit of a cliche.

There may be something a bit sexist about assuming that boys are more interested in dealing with the real world while girls can project themselves more credibly into fictional, made-up ones. The truth is, non-fiction is read by both boys and girls. It’s just that boys aren’t reading nearly as much fiction, and so we are surprised when do read it, [and assumptions follow regarding what girls like].

WHAT NON-FICTION OFFERS THAT FICTION DOESN’T

Another name for non-fiction might be ‘fact literature’. But the ‘truth value’ has to be interrogated. Children’s literature is always subjected to ideological conceptions of the world whether socially constructed or political. Obviously fiction is infused with ideology. But even non-fiction works can more sneakily house ideological conceptions of the world. A history book is never neutral. [Take a look at a very old history book for children and its ideology is likely to jump out at you.] Even science books have an ideology, regarding what you’re going to tell children about who discovered what. It would be very wrong to think of non-fiction as neutral and objective. Perhaps its ideology is even more influential than in fiction. Non-fiction’s presentation as ‘fact’ is therefore all the more problematic.

Another charge often leveled at some children’s non-fiction: In trying to select facts that are interesting to children, a grasp of the bigger picture is lost. Children have a bit of an encyclopedic mind and like to catalogue things. Children often read say, about dinosaurs, and memorise all the species of dinosaurs by heart. Non-fiction plays quite a lot on this appetite for facts that many children seem to have. If you subscribe to the idea that children are like sponges, this is something that non-fiction offers that fiction can’t: A specific compilation of knowledge that children are thirsty for, be it for cats, football, astronauts etc.

It has been said that non-fiction can open up a child’s world because a child can never visit Narnia but they can visit Cambodia or Nigeria. However, even fictional worlds can develop patterns of emotional responses, including for other worlds in general, real or imaginary.

From a sales and popularity point of view, books about animals do very well, especially furry ones or scary ones. so cutesy animals and sort of ugly ones. It’s harder to sell books about the animals in between.

There’s a common belief that children love furry animals. There seems to be a number of subjects that will always be covered: History sells the most sustained numbers. Science used to be a strong area. [It worries me if science sales have waned!] Might non-fiction whet a child’s appetite for quite a limited number of subjects?  Since publishing is not an entirely altruistic enterprise: Publishers produce more of what sells. [Perhaps, but there are so many books in any local library — more than can ever be read — it’s hard to make the argument that it’s the books shaping the child and not the child’s interest determining the selection of reading material. This is why libraries as well as bookstores are important.]

In bookshops, there tends to be a tiny section devoted to non-fiction.

With regards to workflow, there is usually a lot more creative power coming from the publisher than compared to fiction, in which the author does almost all of the creative work then approaches the publisher. Publishers of non-fiction often commission authors based on their own ideas.

THE FUTURE OF NON-FICTION PUBLISHING

New areas of publishing such as e-books and apps offer infinitely more possibilities for non-fiction than for fiction and seem particularly suited to digital media. [I’ve noticed this is a widely-held view, though as a publisher of fictional storybook apps, I can see vast, vast scope for the intelligent application of programming to fiction as well as to non-fiction — the reason we’re not seeing much evidence of the possibilities yet is probably because programmers are not permanent staff members on creative teams at big publishing houses.]

Lauren talks about the Magic of Reality app by Richard Dawkins, illustrated by David McKean as an example of a non-fiction app done well.

THE FLUIDITY OF NON-FICTION AND FICTION

Sometimes it’s quite difficult to tell whether you’re reading fiction or non-fiction. One example of a book which hovers between the two worlds is Michael Rosen’s Sad Book which tells the story of Rosen who lost his son to meningitis when he was about 18. The book is about coping with bereavement. It is a non-fiction book in the sense that the author and the narrator are the same person, which is rare in children’s literature. And the events really happened. These things make it non-fiction. Yet it challenges children’s perceptions and introduces topics such as feelings which are more often explored via the medium of fiction.

WHY DO WE STILL NEED NON-FICTIONAL BOOKS IN THE AGE OF THE INTERNET?

As digital technologies allow, we may be heading towards a much better blending of the Internet and non-fiction publications.

Peter Usborne (and you’ll have heard of Usborne books from Usborne Publishing, founded in 1973) says that the Internet is an inappropriate resource for a child because there’s just so much there and the child doesn’t have the skills to sort through it themselves. As Philip Pullman says, ‘like looking at a landscape through a keyhole’.

The Artifacts on the App Store